It’s getting to be that time of year again - so I thought I’d post some info about debugging those broken LED light strands.

As always, fixing electronics involves some danger, and damaged light strings can pose an electrocution hazard. Take all necessary precautions, and follow the below instructions at your own risk. When in doubt, just throw it out and buy a new light set instead of electrocuting yourself.

I take my holiday decorations quite seriously, and I’m at the point where I have a spreadsheet to track which lights need repair. I’ve got over 75 strings in my tracking sheet, over 50 of which are in active use (I keep older & broken ones for spare parts & bulbs).

You can power / check these LEDs just like normal LEDs you’d use for electronics, but most of the time that’s not necessary. If a strand fails to light, usually removing the bulb and checking that both leads are attached and not loose is enough.

LED bulbs can be checked electrically using a 5V power supply and a 200 Ohm resistor (resistor value may vary, increase when in doubt). Test circuits made in this way also work for incandescent lights. You can make a cheap 5v supply by using a USB to DC barrel jack wire, and a DC barrel jack to terminal block adapter, combined with a normal USB phone charger. I wouldn’t recommend plugging custom circuits into expensive computers or electronics, however, in case things go awry.

Typically, christmas light LEDs are wired such that the anode (positive) terminal of the LED is towards the clip on the light socket, although this is not a hard-and-fast rule.

You can tell the polarity of an LED by looking carefully inside the bulb. There is a metal plate, with a slanted cut in it. The smaller and more sharp looking side is the anode, as shown in this picture below: 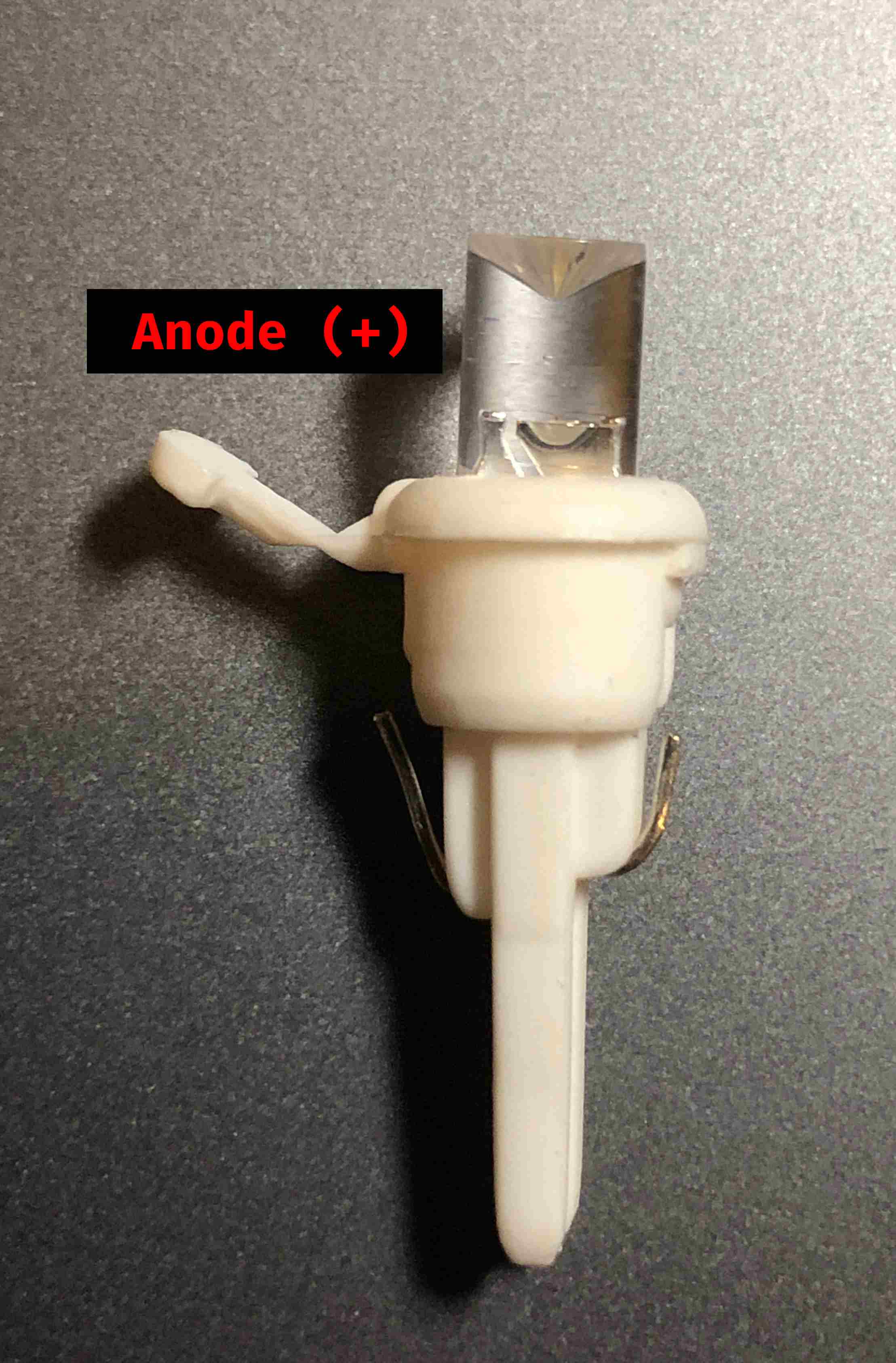 I’ve heard good things online about tools like this, but I’ve never felt the need to purchase one. I guess, attempt at your own risk.

For my light strands, I have a tracking spreadsheet, as mentioned before. Each strand has an ID written on both plugs in sharpie - for example 2001, or 1805. The first two digits indicate the year in which it was purchased, so relative age can be determined. The second pair of digits indicates the individual string’s serial number for that year.

These numbers can be then used inside a spreadsheet to track which strands need fixing and of what type they are and where they were purchased.