I’ve built a macOS screensaver that uses orbital calculations to plot the current position of the international space station. It’s currently available for download on github. 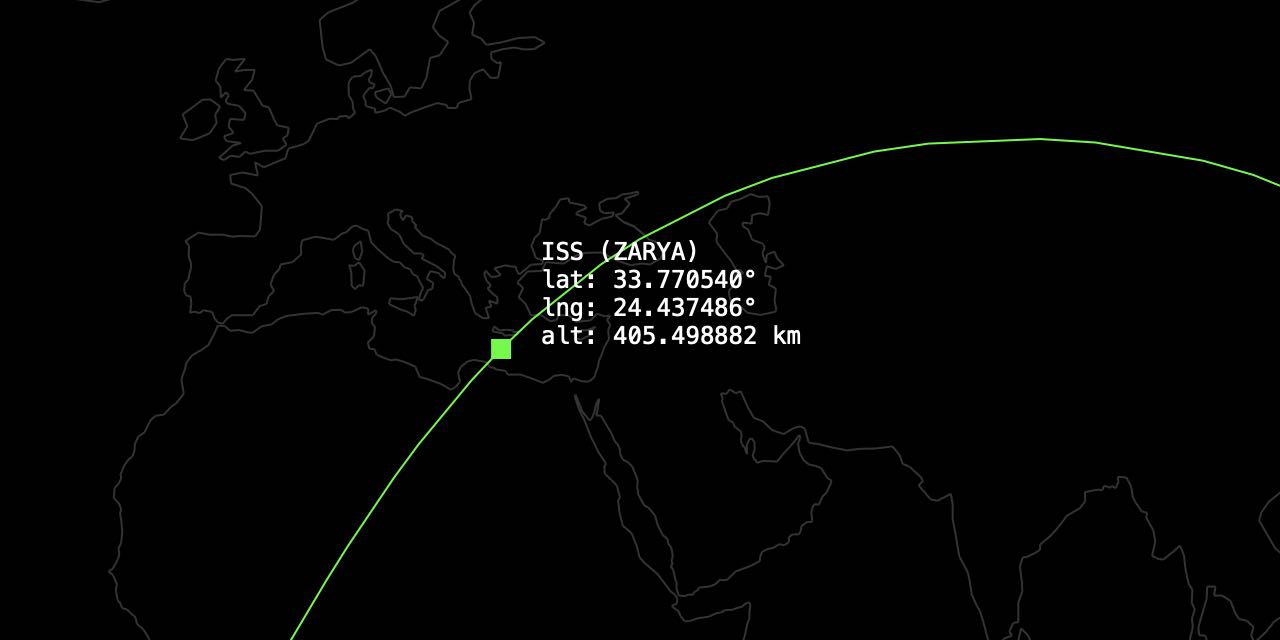 To make this work, I built a small ffi wrapper around my ported rust library. From there, I imported/linked it to a screensaver Objective-C project, and drew the computed trajectories using Bezier paths.

In order to fetch the parameters for the orbit calculations, I set up a CloudFront distribution to cache celestrak’s two-line element sets, and wrote a small swift module to fetch them from there.

For the world map, I loaded GeoJSON using swift, directly into a data-structure using Swift 4’s Codables. Next, I wrote a small Objective-C portion which reads the data structure and creates Bezier paths for each of the map strokes.

the source is available on github, but may not be able to be compiled yet (need to release a few of the updated dependencies to github first).

In order to properly linking to an external dylib in a screen saver, you must add a few build steps. By default, clicking “Add Other” XCode’s linked frameworks and libraries section doesn’t use relative paths (or embed the library in your bundle). To make the binaries work on other machines, you must configure the build like so: