Ever since ARKit was released, I’ve had the idea to build an app that would let people preview models for 3D printing in an AR Scene. It would allow the user to place their objects in the AR environment, and then be able to manipulate and rotate them in a realistic manner. For this post, I’ll be using the interlocking card holders I designed for Settlers of Catan as a demo. (They lock together to form a Monopoly-style bank for all of the resource and development cards.)

There’s a number of things on my to-do list for the app:

To start, I created an ARKit & Metal/Swift starter project using XCode. In an earlier proof-of-concept, I was utilizing SceneKit based on one of Apple’s demos, but it didn’t grant me the control over the models and display I was looking for in any obvious way. STLs files contain just vertex information, and no color or textures, so they’d appear white inside of SceneKit. I have some experience using OpenGL so I decided to take this opportunity to explore Apple’s Metal for the task since it’d give me the most control over the scene and rendering pipeline. Most of the colorization and lighting can then be done inside of the shaders independent of the model logic in swift.

Luckily, iOS’ Model I/O library supports all sorts of formats and allowed me to easily load the raw STL file into a Mesh that can be drawn in the metal pipeline. I ran into a few issues: 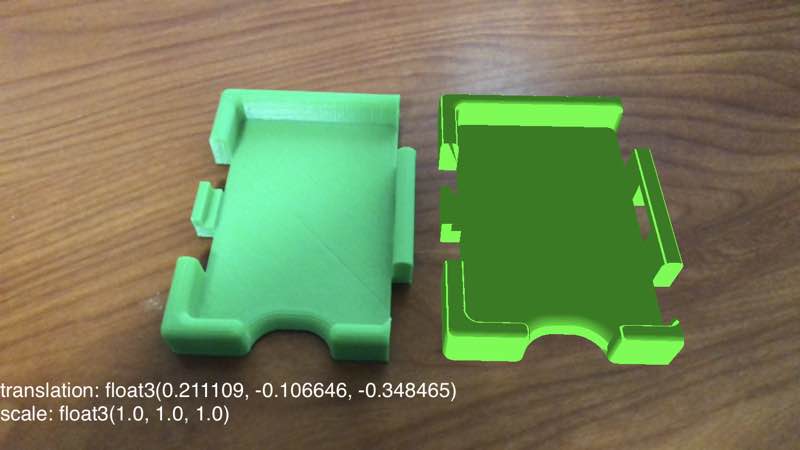