This summer, I interned at ABC News in New York. I met and worked with a lot of extremely smart people there, and I got a chance to work on some awesome projects, including some parts that’re available on the app store!

The major project I was assigned to was helping to integrate full episode playback functionality into the tvOS app, while iOS and Android were worked on by other developers. Here’s what it looks like now: 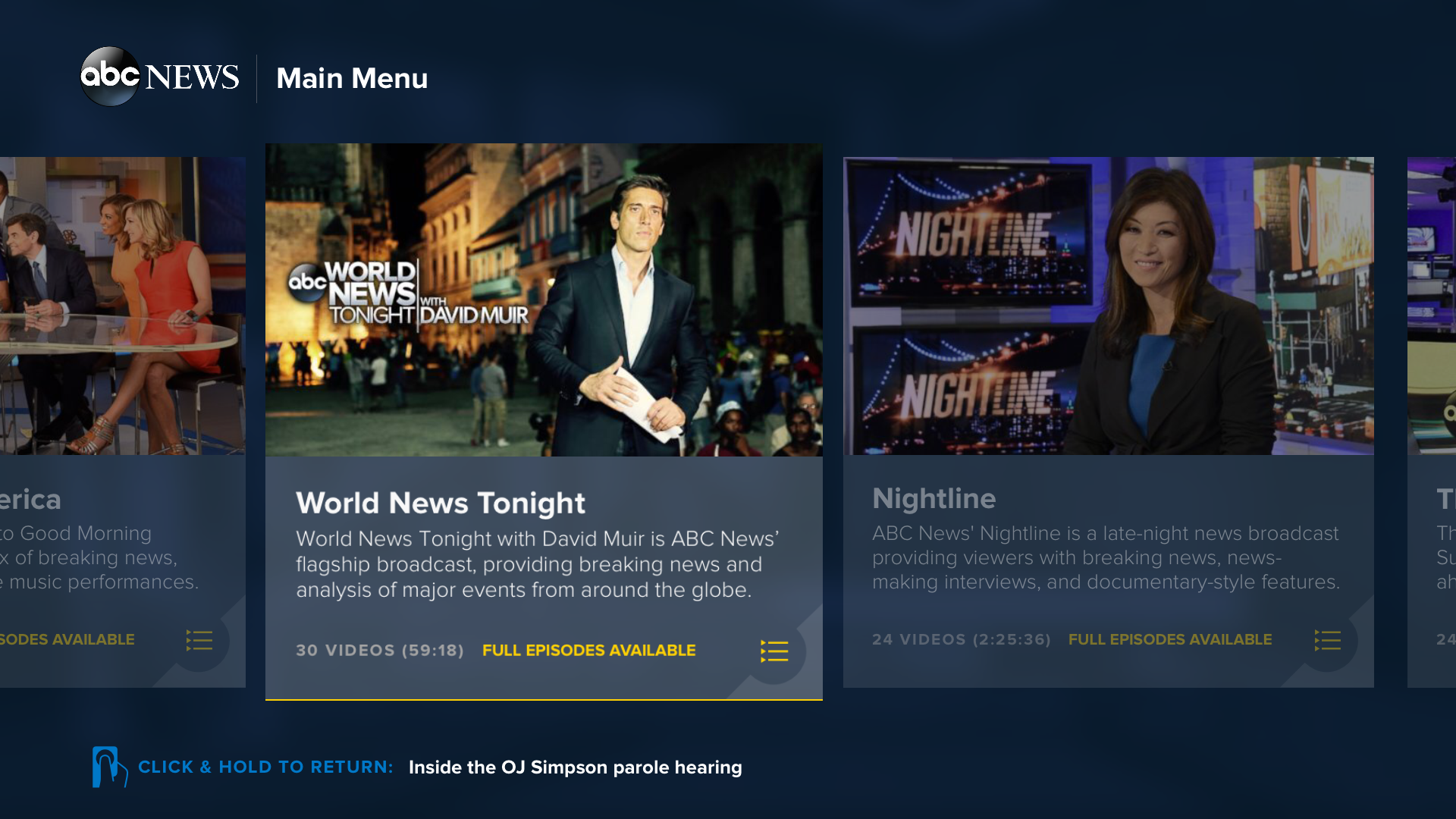 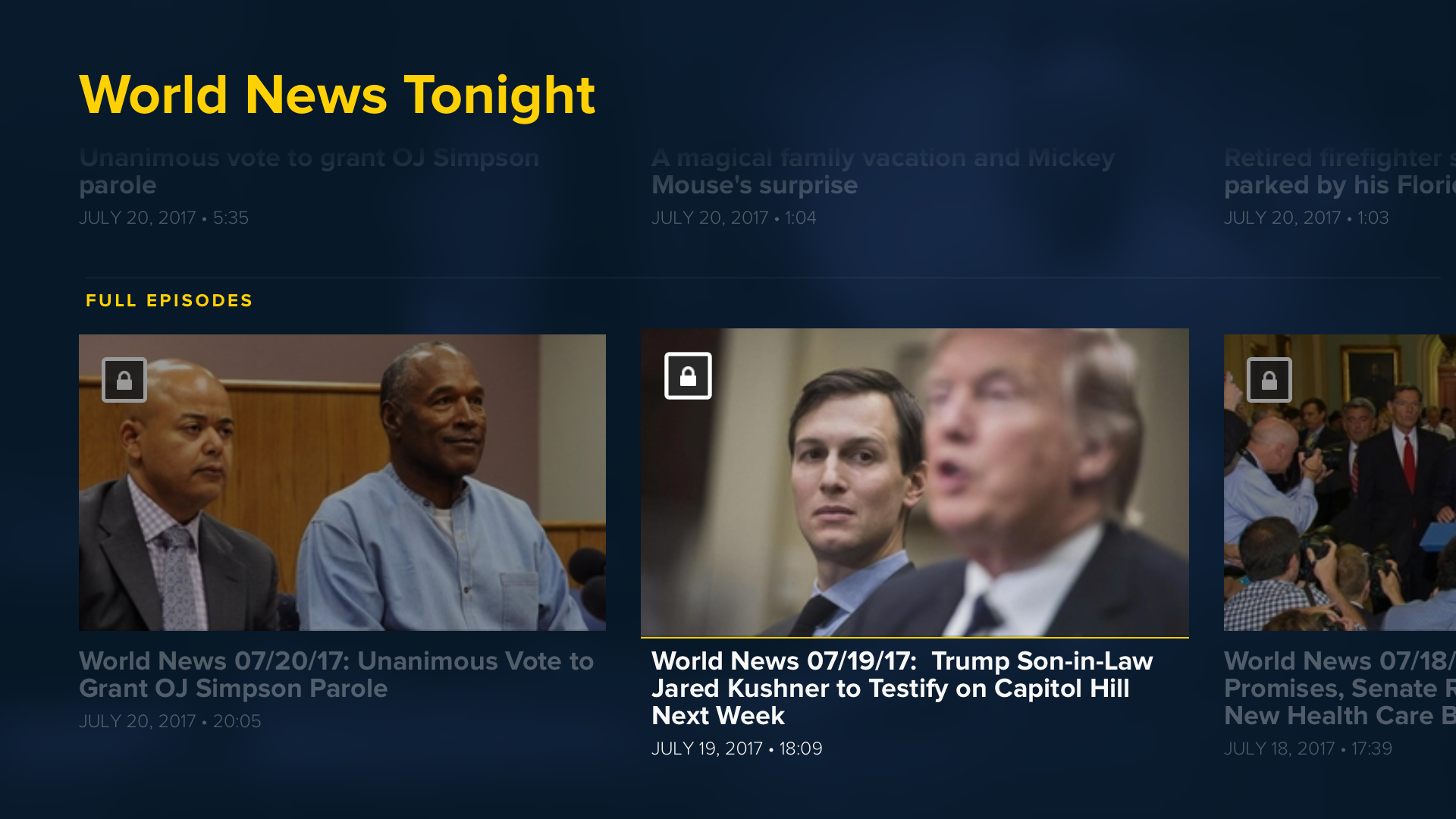